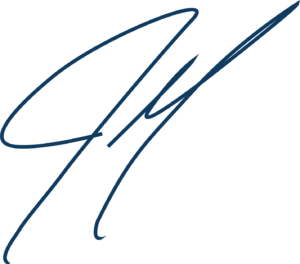 Differences Between the Federal Rules of Bankruptcy Procedure and the Bankruptcy Code?

Bankruptcy is meant to give petitioners a fresh start financially by wiping out certain debts to creditors. To have these debts discharged, a debtor must give up unexempt property (in some instances, the debtor may not have to give up property) or a portion of his/her future disposable income (this is the debtor’s net income after necessary and reasonable expenses such as their home, car, food, etc.). The law that permits the discharging of debts in exchange for property or income is within the bankruptcy code.

The bankruptcy code defines the following:

The remaining six (6) chapters cover each of the bankruptcy types:

The Federal Rules of Bankruptcy Procedure

Congress gave explicit authority to the U.S. Supreme Court to write the Bankruptcy Rules that govern bankruptcy procedure in bankruptcy cases. According to Bankruptcy Rule 1001, these rules are meant to be used by the bankruptcy court and individuals to ensure a fair, expeditious, and inexpensive resolution of every case.

The Bankruptcy Rules were designed by the Supreme Court to implement bankruptcy code sections. The rules define how the case should be conducted. For example, the rules below form a uniform scheme that all bankruptcy courts adhere to when handling a bankruptcy case:

The bankruptcy courts within each federal district are permitted to establish rules for the district. These local bankruptcy rules address procedures for filing motions in the court, entering orders, and filing local bankruptcy forms that each jurisdiction may require.

Most bankruptcy judges have enacted their own set of rules regarding courtroom conduct. These rules explain the judge’s requirements for hearing procedures, filing emergency motions before the court, how telephonic or video hearings are handled, and other issues.

You may find each specific judges’ rules for the Southern District of Florida here.

If you have questions regarding the Differences Between the Federal Rules of Bankruptcy Procedure and the Bankruptcy Code, contact a Miami Bankruptcy Attorney and get the answers you need.

Can I file for Bankruptcy without my Spouse?

How Long Does a Bankruptcy Stay on Your Credit Report

How Long Does a Bankruptcy Stay on Your Credit Report? In this day and age, our credit score is more important than ever. Our credit scores and the information within these reports [...]

How Long Does Chapter 7 Bankruptcy Last?